Obviously, I cannot be trusted on my claims to have permanently retired the Consuming Journalism feature. I'd be better off (healthier, happier) if I could stick to that claim.

We're back to the kompromat in a bad article by Michael S. Schmidt. (The article is hosted at Yahoo News...I cancelled my NYT subscription a while back to avoid seeing this stuff.)

Possible compromises? What does that mean exactly? Sounds like something that background investigators look into and make a determination before someone lands a job.

This is the internet, so it's best that I get my biases out in the open. I think Trump is a terrible president, an incompetent leader, corrupt, and dishonest. His handling of the COVID-19 pandemic has the rest of the world shaking their heads and saying WTF America. I believe in the existential threat of climate change and think we cannot afford four more years of Trump. In general I like his foreign policy. Well, most of it is embarrassing, but I like that he views military adventurism as wasteful and unproductive. (Take a look at the people behind the Lincoln Project - it's neocon central.)

I also think Russia tries to influence our elections. Most governments do. I'd love to have someone show me a single position or stance of Trump's GOP MAGA base that they wouldn't have in the hypothetical absence of Russia and Putin.

Back to the article. That headline is a doozy. I don't know what to expect going in. Did someone commission a Report on Possible Compromises? Let's find out.

Two decades before he ran for president, Donald J. Trump traveled to Russia, where he scouted properties, was wined and dined and, of greatest significance to Senate intelligence investigators, met a woman who was a former Miss Moscow.

That's a dubious start. Trump often seems out of it, but everything I have ever read about him says he does not drink alcohol. I doubt Schmidt used the phrase maliciously, but it does suggest salacious sketchy shenanigans.

This is the New York Times, and that's the intro they went with. It doesn't get much better.

Have you got associates? How would you define an associate? Someone you see at work? Someone who travels in similar social circles?

A Trump associate, Robert Curran, who was interviewed by the Senate investigators, said he believed Trump may have had a romantic relationship with the woman. On the same trip, another Trump associate, Leon D. Black, told investigators that he and Trump “might have been in a strip club together.” Another witness said that Trump may have been with other women in Moscow and later brought them along to a meeting with the mayor.

Trump was married to Marla Maples at the time.

Was there an editor for this story?

Hello Senator, thanks for having me here today. I'm a witness to things that may have happened.

The allegations about Trump were included in the fifth and final volume of a bipartisan report released Tuesday by the Senate Intelligence Committee, which presented potentially compromising information that the Russians may have on Trump and could use against him as leverage.

The allegations? What allegations? Trump may have been with women while he was married, and that's compromising? Trump's history of payoffs seems like an indication that he views these things as minor legal hurdles. And these are things he would have done before getting into office. (Hello Kennedy and Clinton.)

But at the same time, the committee cast some doubt on the significance of the allegations, saying investigators “did not establish” that the Russian government actually had compromising information on Trump. The report also said there was no evidence the Russians had sought to blackmail Trump or others working for his 2016 presidential campaign.

New York Times, I think you buried the lede here. The investigators did not establish that the Russian government actually had compromising information on Trump. The writing sounds wishy-washy, though, as if Schmidt thinks the damning information is surely out there.

The innuendo is strong in this article. The Russian art of kompromat vs. American politicians' affinity for the power of suggestion.

Sen. Mark Warner, D-Va., who is the vice chairman of the Senate Intelligence Committee, said in an interview that he wanted to let the section about whether Trump was potentially compromised by the Russians speak for itself.

“On that subject, I would simply say Americans should read the report and make their own conclusions,” Warner said.

This is how I interpret let it speak for itself. Uhmm, there's nothing specific I can point to, but it sure sounds like he was having a - wink wink - good time with the ladies.

The report released Tuesday provided one of the most detailed official accounts of Trump’s time in Russia. More than dozens of pages in the nearly 1,000-page document, the report said that a Marriott executive told committee investigators that after Trump traveled to Russia in 2013 for the Miss Universe pageant the executive overheard two colleagues who worked at the Ritz-Carlton in Moscow discussing video footage that they said showed Trump with women in an elevator at the hotel.

Holy shit. One of the most detailed accounts of Trump's time in Russia has a hotel executive overhearing two colleagues talking about video footage of Trump with women in an elevator. Scandalous! That's why we need someone like Pence. He would never get in an elevator with women.

And did Yahoo copy the article correctly? (Bolds above are mine.) More than dozens of pages in the nearly 1,000-page document, the report said...there's a sentence there somewhere just trying to get out.

And just when you thought you'd never hear about the Steele Dossier again. At least Schmidt mentions that there are questions about the dossier's claims.

Similar accusations have arisen before. A dossier of largely unverified information compiled by a former British spy, Christopher Steele, about Trump’s ties to Russia claimed that during Trump’s 2013 trip to Moscow there was video of him with prostitutes in his Ritz-Carlton hotel room. A person Steele relied on for that information later told the FBI that the allegation was just a rumor he was passing along.

The innuendo continues. The article awkwardly returns to the hotel executive who overheard colleagues discussing the...hope you're sitting down...video of Trump with women in an elevator. The colleagues don't recall the video. The Senate couldn't reconcile the discrepancy between the claims.

This is heavy stuff. It's like a le Carré novel.

According to the committee report, Curran, the photographer and a friend of Geovanis, told Senate investigators that he had asked Geovanis, “What exactly happened … did they hook up, or whatever?’’

Geovanis responded, Curran told the investigators, with “Yeah, well, I saw them again the next day and they were together, so.”

I couldn't read the original version in the New York Times because it's behind the pay wall. I hope that Yahoo's cut and paste is to blame for turning the article into a really bad example of journalism.

Addendum. The New York Times is not alone. Chris Cillizza is back with an article about the "bombshell" report. Up and coming journalists and editors, please, FFS, swear off the use of bombshell. Trump got 60+ million people to join his cult. If Russia had vanished on 31 December 2014, Trump would have gotten 60+ million to join his cult.

There's an easy, effective way to counter Russian meddling. Run a solid campaign explaining how Democratic (I sometimes want to write Democratican) policies are better than Trump's govern by tweet and golf course approach. Americans aren't ignoring Russia out of naivete, they're ignoring the Russia story because they know that their thoughts on health care, equality, justice, the economy, etc. aren't being zapped into their heads from Siberia.

The COVID rollercoaster is inevitable, but we could all use some good news now and again. Washington, we're headed in the right direction. Let's wear those masks folks. With luck we can get that mysterious R number under 1. I'm fascinated by charts. I 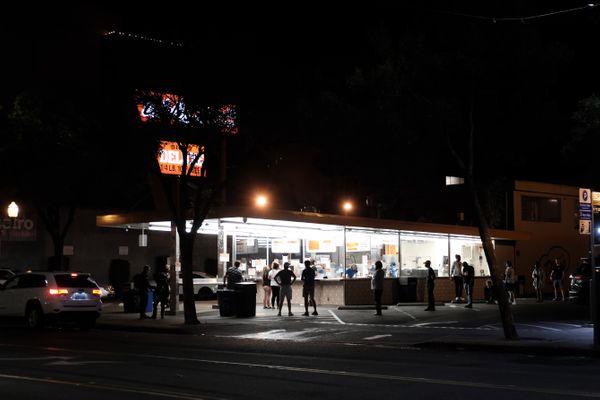 It has not been fun, but I think I'm done tinkering with the new web home. It's like a tiny home on a forgotten sidestreet on the information superhighway. And