There are still loads of good journalists, but they're stuck in the Death Star's trash compactor. I hope we find some capable droids to free them.

Tucker Carlson had Dr. Li-Meng Yan on his show recently. I haven't got cable, so recently is as specific as I can get. It was garbage, and I think Carlson realized it. I'd wager a $1 that Carlson wasn't happy after the show.

Dr. Li-Meng Yan repeatedly said the evidence shows that China manufactured COVID-19 and intentionally released it. You can say the word evidence a million times, but saying the word isn't the same as providing evidence.

I recommend watching the clip and reading the accompanying article. It's the language and formula of conspiracy. Bona fides (paraphrased) on repeat. A top virologist. Worked at the WHO's top reference lab. Worked with the top coronavirus something or other. Intelligence networks. Vast connections.

A lot of beliefs, zero evidence.

Carlson specifically asked Dr. Li-Meng Yan whether she believed the Chinese communist party released the virus "on purpose." "Yes, of course, it's intentionally," she responded on "Tucker Carlson Tonight."

I believe there is life on other planets. Case closed.

Yan said more evidence would be released but pointed to her own high-ranking position at a World Health Organization reference lab as a reason to trust her allegation.

More evidence would be released. OJ Simpson is going to release evidence about the real killer.

Fox has spent four years criticizing these sorts of statements with respect to the various Russiagate investigations. They were right to do so. Maddow and MSNBC took I believe the President is compromised and built four years of the walls are closing in garbage reporting. Jeffrey Goldberg is doing the same thing with a recent interview piece with LTC Vindman.

But Fox News does the same things that MSNBC does when it suits their needs.

Get some actual evidence. Get some names.

"I work[ed] in the WHO reference lab which is the top coronavirus lab in the world, in the University of Hong Kong. And the thing is I get deeply into such investigation in secret from the early beginning of this outbreak. I had my intelligence because I also get my own unit network in China, involved [in] the hospital ... also I work with the top corona[virus] virologist in the world," she said.

I'm sure Dr. Li-Meng Yan is a capable doctor and scientist. One's pedigree is not a substitute for evidence.

The following quote is the worst part of the interview.

"So, together with my experience, I can tell you, this is created in the lab ... and also, it is spread to the world to make such damage."

If Carlson were a journalist, he'd have asked Dr. Li-Meng Yan how she knew that the Chinese government intentionally spread the virus. He's not, he didn't.

I don't know anything about Dr. Li-Meng Yan. Let's just start from the position that she's a credible, authoritative doctor/scientist. I will listen to her provide facts and arguments about the nature of the virus. I don't know anything about how scientists determine whether a virus occurs naturally or is human-made. I also don't doubt the possibility that a research lab could create an awful nightmare of a disease. These are things she can authoritatively speak about.

But she is, most likely, light years removed from being able to authoritatively speak about the plans and intentions of Xi Jinping. This is madness, but let's pretend Xi Jinping ordered this. Did she hack Xi Jinping's AOL account?

Xi Jinping: Hey Dr. X, hope all is well. How's the world-destabilizing virus coming? Will it be ready to launch this week? I know it will be chaotic, and I hope you and your colleagues, at least the ones you like most, survive. The pain will be worth it if enough people board planes bound for America to gravely injure it.

Dr. X: Mr. President. Our research is complete. Are you sure that you want to release this unknown virus, a virus without a vaccine, into central China? Asking for a friend.

Xi Jinping: Hahaha, asking for a friend. That kills me every time. I see where you're going with that, but there's too much potential for blowback if we try to spread it directly into America. It's better if we potentially ruin over my administration and the health of the country by releasing it here. They'll never suspect that. Even though our national trajectory looks good, and we value stability above all else, it's worth risking all of that to take down an America that is more divided and inward-looking than ever.

Dr. X: Mr. President, I respectfully urge a bit of caution. They'll blame us no matter what.

Xi Jinping: Not to worry Dr. X. Just do this, and you can start your long, amazing, glorious retirement. A black van with no windows will pick you up 10 minutes after you release the virus. Just to double check - you haven't told anyone about these plans, have you?

Dr. X: Not really. Or not intentionally. I accidentally forwared your whole plan to Dr. Li-Meng Yan. I doubt she read it.

The article accompanying the clip added some information at the end about objections to the idea that the virus was created in a lab. The article also pointed out that Carlson asked about Dr. Li-Meng Yan's beliefs. Carlson has plenty of room to claim he was just exploring possibilities. It's garbage reporting, but he's not dumb.

I am ready to take a break from audio. Over the past couple of weeks I've tried to do a series of simple audio and site tests. Figured I'd combine them. Compare some mics and test the members/subscribers functionality in this site. Record. 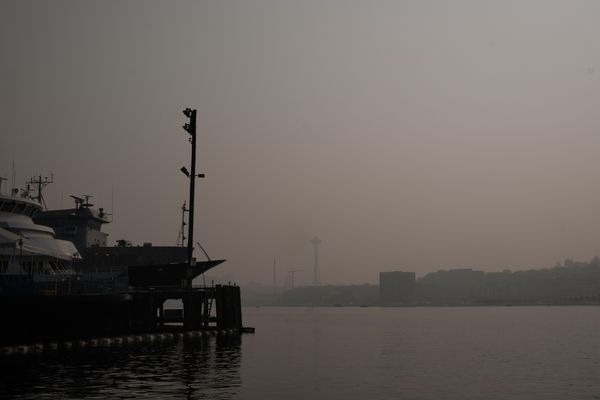 How's that for a feel-good title? I'm no longer confident in my ability (or anyone's ability) to assess our current circumstances. On most days, I feel like it's all going