If you read (watch) The Independent, you might get the impression that Trump sadly told a crowd in Pennsylvania on Tuesday that nobody wanted him, and that he's losing the election.

In one of his most bizarre and incoherent performances to date, president Donald Trump on Tuesday night told a Pennsylvania rally "nobody wants me" before cutting the event short and dancing off the stage to YMCA.

That article then links to another The Independent article explaining that Trump told the crowd he was in Erie because he was losing. Here's their language.

Two weeks out from election day the president, 74, complained about the temperature, which had been hovering around 10C (50F) telling the crowd he was only there because he was losing, a highly unusual move – even for a president as unpredictable as Mr Trump.

I watched the clips that The Independent provided, and I read a couple of other articles about the rally. My conclusion - Matt Mathers and the people at The Independent are describing things as they'd like to be. I don't think it benefits anyone.

I'll keep this short because any assessment or analysis requires a consumer of journalism to compare The Independent's articles and also watch clips from Trump's rally. The Independent's bad take will immediately be clear.

Trump is savvy, and he's almost incapable of admitting that he's losing or doing something wrong. His nobody wants me lines were not a woe is me cry for love. He was clearly conveying the idea that the people, countries, and industries who feel threatened by him want him gone. The audience understood that those people, countries, and industries are not on America's side.

The context wasn't vague. Mathers is either really bad with context or intentionally dishonest.

The same thing applies for the claim that Trump explained he was only in Erie because he was losing. That's not what he said. In the clips I watched, he never came close to saying that he was losing. Is he losing? I sure hope so. But after watching the clip, I understood that Trump was explaining that the race is a tight one, and that he needed to bolster his position in places that he would have considered secure before the pandemic.

The countdown is on. I hope we're witnessing the final months of Trump's administration. I also hope that journalists will get better at reliably reporting information.

And it's not just The Independent. Here's a headline from Business Insider.

Business Insider then alters the tone a bit for its opening paragraph.

President Donald Trump told a crowd at a rally in Pennsylvania on Tuesday that he came to see them only because his campaign was doing worse than he hoped.

The opening paragraph does a better job of adding some context and nuance. But I still think it's very different than what the Erie MAGA crowd heard. I'd argue that the crowd walked away with the understanding that Trump realized he needed to reinforce his position in places he thought were locked in in January or February 2020. Campaigns do that during elections. Semantics? Maybe. But have you accurately described an event if an attendee wouldn't recognize your conclusions?

Trump knows his audience. I'd bet $1 they were not slighted by this comment, and likely felt reassured that he wasn't taking places for granted.

"Four or five months ago when we started this whole thing — because, you know, before the plague came in, I had it made. I wasn't coming to Erie," Trump said. "I mean, I have to be honest, there's no way I was coming." 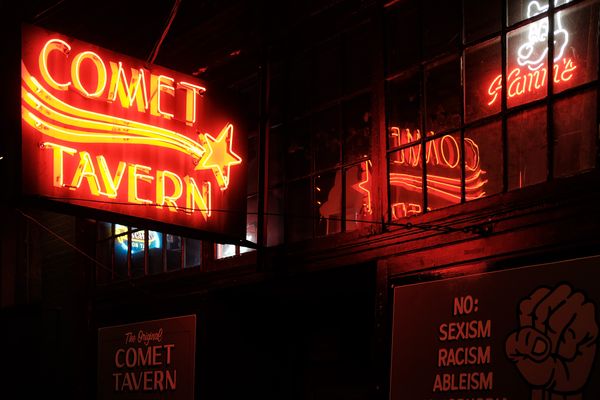 Fall is the best season. It's the one I always ask to hang on just a little longer. Unless I'm in Arizona, and I'm begging the one week spring not

It's safe to say my cognitive abilities have not increased during the pandemic. I blame myself. I have willingly hopped into the hamster cage and started doing laps on the