I'm racing against the clock on this post. If I don't make it, there will be calamitous repercussions, the likes of which this apartment has not seen in at least several hours. AKA there will be an extra series of f-bombs and gawdammits uttered.

I was going through the archive really really early this morning and stopped on a photo. I noticed that it was shot four years ago to the day. I decided to post some of the photos as a look back, and I'd like for the blog post's time stamp to match the photos - 25 November 2016/2020.

I think it might have been the first protest march I shot in Seattle. It was an incredible experience. Powerful. I'm going to add the photos, post this, get the time stamp, and then add some more comments. If you're not cheating, you're not trying hard enough.

Addendum: I beat the clock. I think the time stamp will forever register that I posted this on 25 November 2020. Forever or until Ghost collapses or the planet burns up, whichever happens first. Maybe I can download my blog onto a USB thingmajig and sneak it onto an Elon Musk spaceship, and it will reach a cosmic audience. Yea, it was an obscure blog in Seattle, but damn, it had a huge following in Andromeda. You know, big in Japan.

As I mentioned, I think this was the first major protest I shot. I'm happy with the images despite not knowing what I was doing and using a lemon of a lens. Fujifilm, I'm very happy with your products, but that 18-135 lens was garbage. On paper it seems incredible - talk about flexibility. And I know some people who love theirs. The one I bought evaded quality control. A local camera shop told me it looked fine, but this is one of those times when you know the technicians are wrong. It's a partly functioning lemon. I'll donate it to Goodwill. It does work, and if a lack of a lens is stopping someone from taking photos, it will cover them until they can get a better lens.

I've since switched mainly to primes. The photography world loves debates about zooms vs. primes. My reasons for using primes are pretty simple. They're smaller, they're fast (wide apertures), and I don't have to think as much. I get overwhelmed pretty easily with too many options. Hmm, let's see...I'll carry three cameras...huge zoom, medium zoom...35mm prime. I envy (not sarcasm) the photgraphers who can do that, but I can't. I just become a mess of entangled camera straps.

That was a great introduction to shooting protests. The energy and the camaraderie were incredible. I need to take better, or more organized, notes. I can't remember exactly what prompted this march. Not that there has to be a specific reason for a BLM march, but I do think this was in response to a particular incident or policy announcement. Unorganized, flailing photojournalist. I'm sure I could find more details on my original blog post (I've moved platforms twice) or in my notebooks.

I look at these photos now and my first thoughts are where are the gas masks, cotton masks, umbrellas, and body armor? I was a timid photographer then, but there wasn't the suspicion that there is today. People weren't (understandably) worried about being fed into AI facial recognition algorithms, even though we probably should have all been more aware of that. Photographers and reporters weren't getting beaten up or threatened by the left and the right. 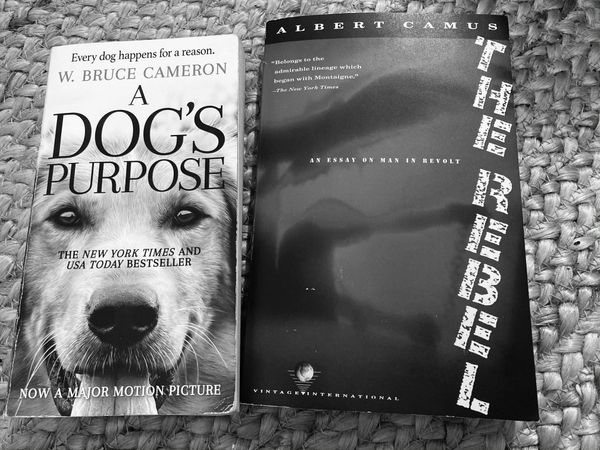 I finished two books this week, which I'm marking as an accomplishment. I'm not the reader I once was. A Dog's Purpose, by W. Bruce Cameron, and The Rebel, by 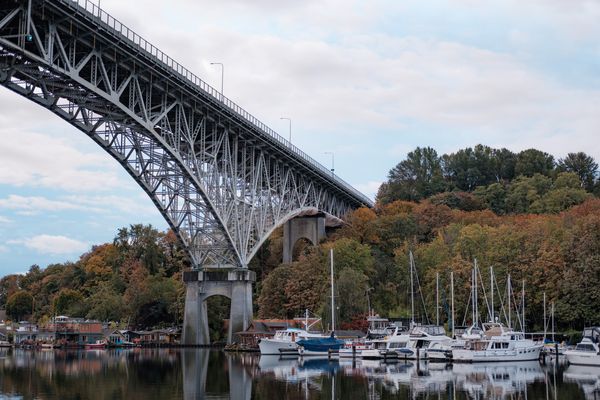 Not every post can be a rambling, meandering late-night collection of nonsense. (Spoiler alert - this one is.) I regularly champion the idea of printing one's photos - single prints,