(Note: Consuming Journalism is an attempt to look at how information is presented and how we can better approach that information, not necessarily the merits of the underlying arguments or policy prescriptions.)

You've probably heard that advice about writing - make it personal. Well, this is personal - I'm confused. First, a nod to posterity and context - it's 10 (almost 11) January 2021 in America. There''s a lot going on, far too much to include in a late night blog post, so I'll try to keep this narrowly focused.

The debates about free speech and private companies are way over my head. I have a lot more reading and thinking to do before I volunteer an opinion one way or another. In general, though, I don't think we want Silicon Valley deciding what we read, write, and say. But we also don't want to give bullhorns to people inciting violence. And come on, we all know Trump and Giuliani are doing clumsy pirouettes on that line between protest and violence. Bad comparison - ballet is now ruined for me.

Our best hope is still with elementary and middle school teachers who encourage their students to always ask Who What Where Why When and How and to question everything.

I'm trying to practice what I preach.

I understand that Apple, Google, Facebook, and Amazon (and others) wield tremendous influence over our access to the internet, what we read, hear, and watch. I've read a few articles tonight, like this one, suggesting that Parler might "go dark" because Apple, Google, and Amazon (AWS) have removed or blocked them.

As someone who preaches media literacy, this is a good opportunity for me to come clean - I am confused and out of my depth. I'm repeating what I said above, but that's ok - I understand that Apple, Google, Facebook, and Amazon can make it more difficult for an internet-based company or app to reach an audience. But I need to learn more about how they do that and to what extent. There were popular internet sites before those companies became Leviathan. If I had a massively popular presence on Substack (or MySpace) could those companies affect my ability to communicate? What are the barriers to entry to gaining complete independence on the internet?

Addendum. I think my biases are usually clear, but I don't shy away from trying to make sure they're explicitly clear. I believe Trump, Giuliani, Cruz, and others were using thinly veiled positions and statements that encouraged violence.

Stephen Hiltner has an excellent photo essay in the New York Times. I worry about posting links to paywall sites. If you can't read it but would like to, let me know. Maybe my subscription lets me email a number of articles. The breakfast 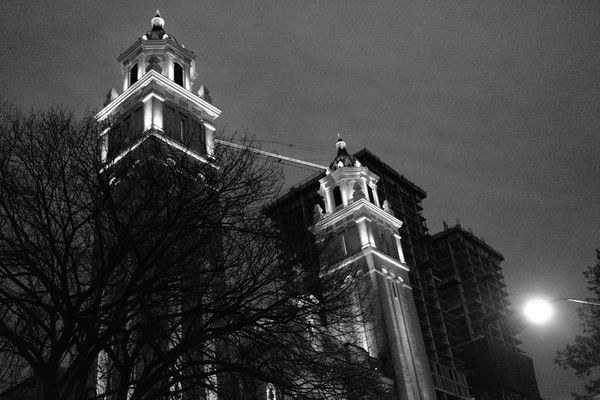 Yea, I just posted this photo in the previous post, but there are pros and cons of having a blog that 10 people visit. One of the pros is that