My plan was to stop reading news today. Focus on seeing this beautiful state before I move. A couple of problems. My plan lacked an actual plan. And then Trump announced that he tested positive for COVID-19.

Lots of texts. Lots of theories. Lots of suspicion.

I know a few people who are skeptical. Is he lying to then show a speedy recovery while also taking over the airways? Granted, anything is possible. But if we've reached Capricorn One level plots, well then, the jig is up. I'm going with Benjamin Franklin and Occam's Razor. (I haven't researched the Ben Franklin quote. It could be a Yogi Berraish bit of lore, but it doesn't matter.)

Three can keep a secret, if two of them are dead.

It would be extremely difficult to pull off a validated, false diagnosis. I can understand why people would entertain the possibility. Trump lies. A lot. His recent (I forget when, exactly) visit to Bethesda for something medical-related was odd. His doctors pretend he isn't overweight and unhealthy (no shame there for Trump, but own it).

Let's work with what we know. COVID-19 spreads easily from one person to another. Trump is around a lot of people, people in close proximity who are not big fans of masks or social distancing.

Occam's razor, Ockham's razor, Ocham's razor (Latin: novacula Occami) or law of parsimony (Latin: lex parsimoniae) is the problem-solving principle that "entities should not be multiplied without necessity."[1][2] The idea is attributed to English Franciscan friar William of Ockham (c. 1287–1347), a scholastic philosopher and theologian who used a preference for simplicity to defend the idea of divine miracles. It is variously paraphrased by statements like "the simplest explanation is most likely the right one". This philosophical razor advocates that when presented with competing hypotheses about the same prediction, one should select the solution with the fewest assumptions,[3] and that this is not meant to be a way of choosing between hypotheses that make different predictions.

The simplest explanation is most likely the right one. Trump was exposed to a highly transmissible virus and caught the virus.

Conspiracies on the left and right are going to spin up. What happens if he gets seriously ill? What are the implications if he recovers quickly without showing symptoms?

The only thing we can be sure of is that the next 30 days just got even more "interesting". I hate quotations without an explicit reason for quotations. Here it seemed appropriate.

I'm not a fan of Trump. I wish him and his family and all those around him good health and speedy recoveries. I hope his base will take the illness more seriously.

I walked around Capitol Hill today and took a few photos. 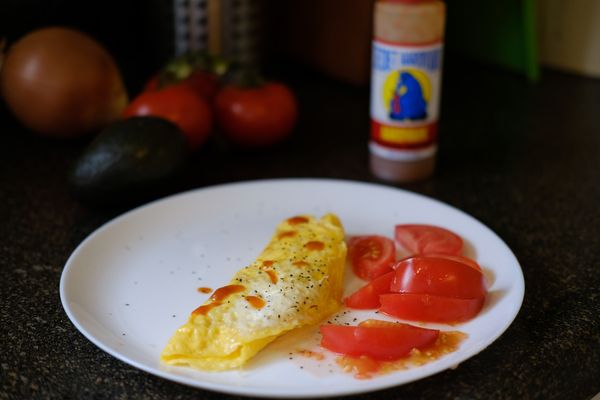 Trump is at Walter Reed. I wish him and all infected a speedy recovery. It sure sounds like the Rose Garden event for Amy Coney Barrett [https://abcnews.go.com/